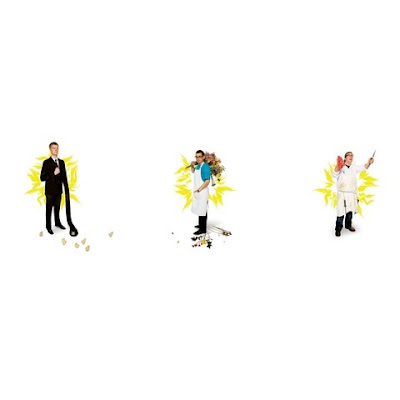 This is an exciting development, to say the least. Tyondai Braxton is unquestionably, an extremely talented individual with a superb musical vocabulary, steeped in a rich heritage from his father, the avant garde composer, Anthony Braxton. This musical legacy can be a millstone for many siblings who are born into famous families, many have balked at the mere idea of following the imposing footsteps that famous parents unwittingly hand down. Some however, rise to the challenge of creating new works of art that although, will be inevitably compared to their folks, they make a mark with their own distinct abilities that fans recognize as unique to that person.

Braxton has already made significant inroads in this respect, having recorded with such luminaries as Battles, Glen Branca, Prefuse73, Kronos Quartet, to name, but a few who've benefited from his unrivaled compositional talents and ability to arrange musical pieces that demonstrate his prowess supremely.

I've just sat and listened to this new 'song' Platinum Rows, which is already being touted as the centerpiece of his soon to released album Central Market. And yep, if this is the sound of the new album, then it promises to be a more than worthy addition to his small (But select) body of work thus far. The easiest (And laziest!) way to describe the sound would be "Battles meets the Orchestra". And, in all fairness to Mr Braxton, its not too far from the truth either! That is, its very much the sound of an avant-garde composer writing for an avant-garde orchestra, with a healthy dose of processed vocals, gargled with an odd assortment of unlikely musical instruments. Central Market was inspired by Igor Stravinsky, Bernard Hermann, Brian Eno, John Adams and Swans. This intriguing combination of classical & electronic composers are a vital clue in decoding Braxtons musical lineage-and dropping major hints as to future explorations.

This killer track reeks of all those influences, infused with Battles' type arrangements, but undoubtedly the major contributing factor here is Braxton himself.

Surely, a full length (30 minute plus) piece is not out of reach for a man of this many talents?
Posted by Jamie at 7:13 PM