My love Affair with Documentary's 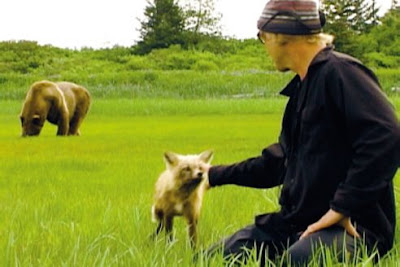 After a vast amount of minutes, hours, days and eventually years receding into an unknown horizon, I have come to one inescapable conclusion: Documentary's have better stories. Period.

I know this maybe somewhat of an heretical opinion to some movie lovers, and trust me-I am a major film fiend as well, but increasingly over the years, the best stories were from the dreaded term "Real Life". Yes, I will admit to liking the odd 'Reality' TV show from time to time. Prime culprits for me are: "Gene Simmons Family Jewels", The initial seasons of "The Apprentice" are just 2 of the titles i will admit to here-without deeming them 'guilty pleasures'. If you feel guilty about watching these kinda things, how can you honestly say that you enjoy watching them if your too embarrassed to tell all and sundry!

But, getting back on topic...

If you were a budding screenwriter wanting to break into Hollywood, then one key requirement is a damn good story that will hold peoples attention for the length of the movie. This seems like an easy task, but in reality, its anything but! Couple that idea with the end result of say the last ten years of mainstream Hollywood films, and its abundantly obvious that there is a severe lack of originality amongst the current breed of film scribes. A good example is the tsunami of Asian horror remakes that rarely (If ever) even match the creativity shown in the original film. I don't even bother anymore with these kinds of dross. They're only made with one objective-to get the precious "target demographic" (Snotty nosed Generation-y bother anymore?) teenagers bums on seats. Its a business after all-Art is an extremely grumpy & often bitterly unhappy partner most times!

So, with this substantial creative vacuum, something incredible has happened. Documentary filmmakers have finally woken up to the fact that to make their movies infinitely more appealing & watchable (And perhaps more crucially-marketable, especially to international markets) they have had no choice but to make documentary's enjoyable. So, the entertainment factor has rocketed skyward to the heights best illustrated by Michael Moore's "Fahrenheit 9/11" posting over the much vaunted $100 million mark in domestic revenue in the USA. This stunning result silenced all the naysayers who said that documentary's were a select market, appealing only to the college kids & intellectuals. And with that, the floodgates were well and truly open.

So have I got you at the least, intrigued? Great, well here's a shortish list of my personal favorites that have made a more than favorable impression-irrespective of the subject matter!

The Bridge
Once in a lifetime
Grizzly man
Manufactured Lanscapes
Capturing the Friedman's
Encounter at the End of the World
Cocaine Cowboys
I am a Sex Addict
My best Fiend
Deep water
Jesus Camp
Z Channel: A Magnificent Obsession
Workingman's Death
A Crude Awakening
An Inconvenient Truth
In the Shadow of the Moon
Black Sun
China Blue
Up the Yangtse
Darwin's Nightmare
King Corn
Fahrenheit 9/11
Deliver Us from Evil
Freedom's Fury
Helvetica
Enron-Smartest guys in the Room
In the realms of the Unreal
Inside Deep Throat

And many, many more!

Keep a good eye on my list to the right. It will be updated soon with more titles.

P.S. give me some feedback on any movie you watch from this mini-list. I am very hopeful that you will enjoy them as much as I have!
Posted by Jamie at 9:48 PM No comments: