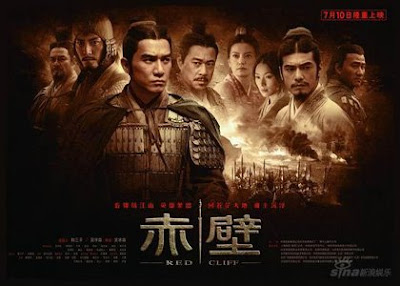 Now having seen this epic, it does make me eager to watch the full versions on DVD at some point in the future. Yet again, the credit card will take another hammering...
Posted by Jamie at 7:45 PM No comments:

Phew! I'm buggered. I've just attended my my local film festival (www.nzff.co.nz) for the past 2 & 1/2 weeks and watched in that space of time, my new personal record of 40 movies! And, I've had a real blast, with only one real disappointment. The other 39 I would recommend very much! So, with that thought in mind, onto a review or two about what I've just seen... 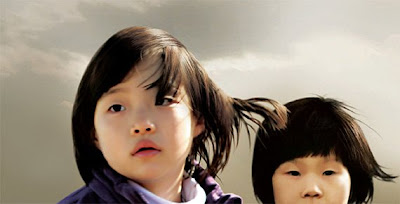 This utterly sweet & poignant movie was the perfect intro to the festival! Focusing on a pair of children, sisters Bin-and younger sis Jin, this movie follows them from their seemingly protected world in the city, to a smaller town, then to the countryside as they get palmed off due to various circumstances. Its how they react to their new environments - and the people who populate them - that provide the real magic of this charming tale. At times this film is so completely natural, that you could swear your watching a documentary - not a feature movie. The two young actress playing sisters Jin & Bin are exceptional. Both perfectly natural in their respective roles. The environment they inhabit seems extremely real, as well as the situations they find themselves in. One of the best decisions the director made was to focus on the childrens point of view first and foremost. With all the adult roles taking a slight backseat, we can chart their journey with far more appreciation of how remarkable & resourceful kids can be left to fend for themselves. Its a point not lost at all in this period in time!

Irrespective of the minor detail that its a foreign language, subtitled movie, this movie is one that is a great pleasure to watch. You do become engaged with just how well these two sweet kids rise to the various challenges that they face in their journey of discovery about the wider unknown world that awaits them.

Easily, highly recommended to all discerning movie fans...
Posted by Jamie at 2:48 PM No comments: