One of the most overlooked genres in documentaries is good quality films on designers (Of all persuasions) and the massive influence they have on our day to day lives. So, have you ever stopped and wondered about the process that designers go through to bring an everyday object such as a new type of toothbrush to the market? Or, the sometimes complex decision making needed to choose a type font that will accurately convey a companies 'message' to the wider public? These questions are just two of the central reasons that ex-punk record label boss Gary Hustwit needed to ask himself before setting off on his journey into the world of designers-and the variety of reasons products end up the way they do on the shelf-and into millions of homes throughout the world. And just why Helvetica is so dominant in the world of communications... 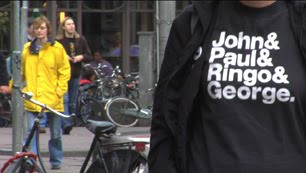 Starting with Helvetica, Hustwit was intrigued by the seemingly endless uses for the font-and how it seemed to dominate with nearly every organization that needs to convey a message to the public-with as little confusion as possible. Sounds easy enough in theory, but as many have found out, choosing the right typeface is extremely crucial to avoid the dreaded misinterpretations that people may have when they are wanting to find out more about a product or service-and where to obtain them. A clear concise message will convey instantly all the critical information a consumer will need to know exactly what it is the organization is offering.
Get the message communicated with an easy to read typeface-and it becomes much clearer for the people who need to use that information quickly-the person who might just spend money on your product or service!
If you get it wrong as such, then you can spend needless amounts of time and energy just explaining yourself to the confused punter. Who then, might decide not to spend money with you-or get they might not get to the right destination because the message wasn't clear enough.

Wisely, Hustwit choose to concentrate the bulk of the story on both-the various people who love using this ubiquitous font-and those that wouldn't touch it with the proverbial 'Ten ft bargepole'! These various personalities are more than vocal in their admiration of Helvetica-or their outright contempt for such an antiquated font that should really be consigned to the history books. And both sides have good compelling arguments for and against its continued usage. But, after viewing this movie, you do understand why Helvetica is at the top of the font world. It is very easy to understand-in nearly every language available, it is the font least likely to give the public any confusion about the message conveyed. Its simplicity is so good, that no other font to date has really had any serious chance to dethrone it from its position.

When I first read about this movie in a film festival book, I just knew that it would be, at the least, an interesting look at a topic that doesn't get much coverage overall in today's society, but, I wasn't prepared for just how much fun this doco was. It was both entertaining & informative-illuminating a subject matter that we do take for granted much too easily in these busy times we live in.

After viewing this fantastic doco, you too, will notice Helvetica much more than you did previously... 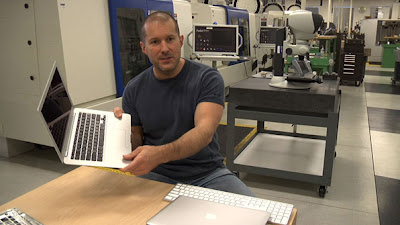 In the second part of his now confirmed "Design Trilogy", Hustwit turns his eye to those other unsung heroes of the design world-industrial designers-to ask them just what factors shape their thinking into the design for any given product. Why do certain things end up in the form they take? Why do they struggle to change that form? Why do some changes come from the most unlikely sources? And most importantly, will most people 'get it'? i.e why are some things so successful-and others doomed to failure? Is it all because of the initial design? Or, are there other factors involved that aren't immediately obvious?

As with his first movie Helvetica, Hustwit logs more frequent flier miles traveling all over the globe to interview some very interesting people at the forefront of industrial design. And one of the best examples of just how great design can make a significant difference is best exemplified by the interview with the head designer of an American company that is clearly head and shoulders above all others-APPLE. To say that Jonathon Ive is a god for the Apple faithful is not too far from the truth. Making computers sexy was never high on the computer industries list, but Apple knew that if these boxes looked different, it would make them stand out in a rapidly crowed field. And it might make them fun to use as well. But, really Apple's big coup was the iPod.
Making that sexy was a masterful mover on their behalf. Now, everyone either has one-or seems to want one! For the record I don't own an iPod-or a iPhone. I wouldn't mind having an iPod-but the phone still seems hampered by poor reception/call clarity issues that might be solved with more time. Maybe its just in this country? (New Zealand).

Aside from Apple, other great designers get to share their stories, ideas, and reveal the sometimes complex processes that are need to bring a product to the market-and for it to be successful as well. The story about the potato peeler is an object that most of us take for granted, but to learn about how a major change came to such a simple item is quite revelatory to say the least. The 'Toothpick' story is another of those "I did not know that?" kind of deceptively simple design masterstrokes that just happen from out of nowhere.

This film is more than just a companion piece to helvetica, its a film that gives you a greater appreciation for the multitude of things in your life that are either very necessary-or taken for granted. By shedding light on this aspect of the modern world, you come away with a heightened level of interest in those things those surround you everyday of your life.

I would recommend this not just to those of you who love good design, but to anyone curious about how good design can make a undeniable difference in your own lives.

Already looking forward to the third part of this trilogy Gary-whenever you decide to make it-that is!
Posted by Jamie at 12:03 AM