My favourite movies of the decade (2000-2009) are, to say the least, an eclectic bunch. From big budget blockbusters, through to serious art-house fare (and a fair multitude in between!), this decade has produced many varied  & memorable movies that have made an indelible impression upon many people. This list is my personal selection of films that made a sizable impact on me. Movies that I am quite happy to recommend to pretty much anyone. Granted, you probably wont agree on all my choices-but that's cool. It's the nature of this beast. What one person may love-someone else may hate-both with equal passion! Still, no harm in trying to convince you of what kind of movies I really loved this decade - is there? 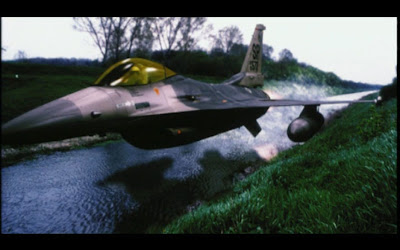 50: HELVETICA: A doco about a font? It both entertains-and educates. Go and look at your world again...
49: ONCE: Musicals shouldn't be this cool. This one is a total reinvention of the genre-and no happy ending!
48: SECRETARY: James Spader as a perv? Who else! And Maggie Gyllenhaal was more than up for it...
47: ONG-BAK: A Thai reinvention of a much maligned genre. Tony Jaa is the new boss...
46: THE NEW WORLD: Terence Malick's beautiful rendering of the legend of Pocahontas. Sublime...
45: MEMORIES OF MURDER: A taunt Korean thriller about a serial killer-and dogged cops.
44: BRICK: The new riff on Shakespeare & daylight Noir. Great cast, great script. This will age well...
43: DOWNFALL: The definitive Hitler movie. Bruno Ganz makes him human. Debate that!
42: ANTICHRIST: Von Trier-love him or hate him. He makes movies that leave an impression...
41: DEAD MAN'S SHOES: Paddy Considine is not a man to be messed with. Especially in this film!
40: AMERICAN BEAUTY: The deconstruction of the American dream with Spacey & Bening on song.
39: SIDEWAYS: An atypical romance that reeked of 'real' for the boomer generation.
38: WALL.E: Pixar are the force in animation. Where they lead, others merely follow...
37: AN INCONVENIENT TRUTH: For making 'Green' sexy-and still in fashion years later...
36: SUNSHINE: An overlooked gem-and a decent serious Sci-Fi movie to dazzle your minds-eye...
35: CONTROL: Anton Corbijn's heartfelt paean to his first love-Joy Division's genius-Ian Curtis.
34: BAD SANTA: The best Santa movie ever! Billy-Bob wasn't acting...
33: SEXY BEAST: Arise Sir Ben Kingsley! You are not Gandhi anymore. You are bloody scary!
32: MOON: Bowies son directs & a tour-de-force performance from the underrated Sam Rockwell.
31: SHAUN OF THE DEAD: The worlds first "Rom-Zom-Com"!!! Genius from Pegg & co!
30: APOCALYPSE NOW-REDUX: A great movie made even better! 'Released' in 2001..
29: BATMAN-THE DARK KNIGHT: The hype was justified. R.I.P Heath.
28: IRREVERSIBLE: Gasper Noe's masterpiece wasn't easy to watch. Great cinema sometimes isn't...
27: YES: Sally Potter's unique 2004 gem with its 'rhymed iambic pentameter' dialogue. A 'one-off' for sure...
26: HIGH FIDELITY: John Cusack's bravura visualization of the classic Nick Hornby novel. It ROCKS!!!
25: CITY OF GOD: A Brazilian descent into a bleak, bloody & raw teenage hell. The runts. The runts...
24: FAHRENHEIT 9/11: Michael Moore's attack on Dubya was box office gold. Doco's are sexy!
23: THE WRESTLER: Its all about Mickey Rourke. It was actually a doco on his life don't ya know?
22: UNITED 93: The best 9/11 movie. Period.
21: I'M NOT THERE: A Dylan movie that was genius for having multiple actors playing him. Sheer genius.
20: NORTH FACE: The best climbing movie since 'Touching The Void'. Taunt, grim & heart-stopping...
19: THE LIVES OF OTHERS: The human face of the Stasi in cold war era East Germany.
18: THE INCREDIBLES: Pixar-again! Superheroes never were this funny...
17: THE SQUID AND THE WHALE: A perfect cast (Daniels/Linney) in this New York tale of a dysfunctional family.
16: CAPTURING THE FRIEDMANS: This powerful doco doesn't take sides. You try and decide. Hmm...
15: HUKKLE: Unlike anything you've ever seen before. Hiccup.   Hiccup.   Hiccup...
14: SAVAGE GRACE: Most like Streep. I think Julianne Moore is the new Streep for this generation. Bravo!
13: YOUNG @ HEART: Dont stop, thinking about tomorrow-It'll soon be here. Yesterdays gone, yesterdays gone...
12: TONY TAKATANI: If this was music, it would be a long, slow, sorrowful, smoky jazz tone poem...
11: MAN ON WIRE: Riveting doco about a mad Frenchman walking between the twin towers in 1974. Brave-or totally insane? You decide...